Japanese Akita dogs are large, powerful dogs with much substance and dignity. Their proud head carriage and stance is enhanced by their small ears and dark eyes. They make a striking picture with their thick, plush coats, which comes in red-fawn, sesame, brindle, and white. Adult males stand at 64-70cm and females at 58-64cm. The weight range is 34-50kg.

Yes. I'm a confident owner with lots of experience
I'm an experienced trainer and comfortable with any breed
I'd like to go on active walks with my dog
For one to two hours a day
I'd love a large dog
-
I can fit in daily grooming sessions
-
I prefer quiet dogs that only bark from time to time
Yes - Physically protective
No
No 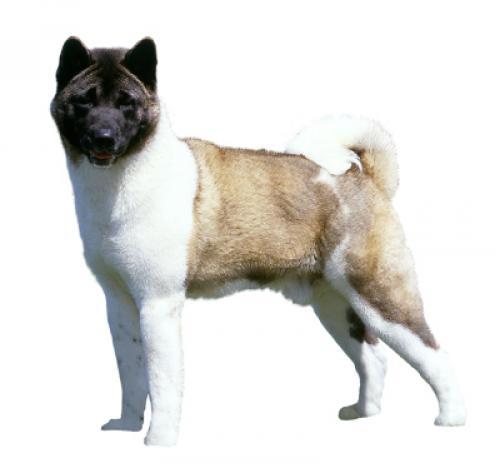 The Akita dog breed is the largest of all the Japanese breeds and was originally bred in the province of Akita in the 1600s. Some believe the dogs were originally bred for hunting wild boar, deer and black bear; others believe they were bred for pit fighting. However, when the Japanese (and European) dog-fighting sport lost favour, the dogs were then employed for hunting. In the late 19th century other breeds were imported, making the Japanese breeds suffer in popularity. The Society for Preservation of Japanese Dogs was then formed for the purpose of preserving the native breeds, which were all declared national monuments.

These are strong dogs – in body and character – and are not recommended for the novice owner. They need experienced handling and early and ongoing socialisation and training. They are, however, very loyal to their own family. Courageous, they make good watchdogs without barking too much. Their hunting instincts are strong and this must be remembered at all times.

As with many breeds the Japanese Akita can suffer from hereditary eye disorders and hip dysplasia (a condition that can lead to mobility problems). Eye testing and hip scoring of dogs prior to breeding is therefore important.

Akitas require a lot of exercise to keep them well muscled. That said, if you do have to miss a walk one day, they will accept it without a fuss. Do remember these are hunting dogs and great care should be taken when allowing them to run freely.

Large breed dogs, as well as having large appetites, benefit from a different balance of nutrients including minerals and vitamins compared to smaller-breed dogs. The Japanese Akita is prone to bloating and stomach problems; smaller, more frequent meals can help minimise this risk.

The coat should be kept well groomed two or three times a week to bring out the best in it, and, twice a year, during heavy moults, a metal, double-toothed comb should be used.